Geoffry Hinton Archive: About the Archive 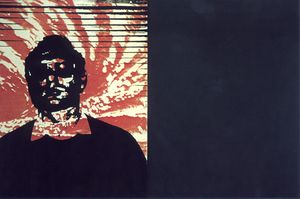 More than thirty years of files and images of original experiments in 'art' and 'literature', created during the late Twentieth Century and the early years of the Twenty - first.

This archive is the record of an approach through aesthetics to engaging with the world at large, and so as a means of understanding that world. It is also, in a large part, a repudiation of the monetary economics, and the free-market mentality, that has defined Western, and more recently global, life; that is from 1979 until the demise of this mind-set in 2007.

Monetary economics (as associated with Milton Friedman and the Chicago School - neoliberal capitalism - and that is not to mention the ever powerful influence of Ludwig von Mises), while producing great material benefits, has lead to a great degradation of the quality of human life; a loss in a sense of values and in the quality of personal relationships. And indeed, the material benefits have benefited only the lucky few, in global terms.

To be engaged in inquiry through aesthetics and creativity requires much time, long stretches of unregulated time in which one can explore ideas and so, at some stage make "art", in whatever form it may be.It is this sense of time that monetary economics has largely denied to us, and in its place imposed the false idea that all activities must be economic in nature; an economic effect must be the only result, rather than the notion that something can be worth doing, for its own sake.

This archive is not about a nostalgia for the Keynesian "Golden Period" of the 1950s and 1960s, although this period may be a touchstone, rather it is about ways of being active, in every sense, in the world. Yes, one has aspirations, hopes and dreams. Yes we must work to achieve these, but this does not mean such hopes and dreams should be manipulated to achieving solely some level of GDP. What a small sad world this would be.

This archive requires time, to review its contents, and in that respect the archive is in itself an art work.